Chat with us, powered by LiveChat Skip to content
Home>Posts>Blog>Monkeypox: What Do We Know So Far?
Previous Next

Monkeypox: What Do We Know So Far?

What is monkeypox?
Monkeypox is an orthopoxvirus belonging to the Poxviridae family that causes monkeypox disease. While the monkeypox virus was first identified in 1958 in a Danish lab, human monkeypox was discovered as a zoonotic viral disease many years later in 1970 in the Democratic Republic of Congo. Since then, it has spread to various parts of Africa.

There are several orthopoxviruses that infect humans including variola (also known as smallpox), vaccinia (used in the smallpox vaccine), cowpox, and monkeypox. Due to the genetic similarities between the smallpox and monkeypox viruses, smallpox vaccination provides cross-immunity against monkeypox infection, rendering approximately 85 percent protection and reducing disease severity in infected patients.

However, after the declaration of global eradication of smallpox in 1980, the World Health Organization (WHO) ended its smallpox immunization programs and over the course of the subsequent 40 years, an increasing number of people have become susceptible to monkeypox infections. In fact, by the mid to late 1980s, monkeypox was considered the most significant orthopoxvirus causing infections in humans.

What are the symptoms of monkeypox?
The clinical manifestations of monkeypox are very similar to those seen in smallpox cases, albeit relatively milder. The symptoms can range from fever, chills, and swollen lymph nodes (during the early stages of infection) to the development of a rash that progresses through various stages, often starting with a blister or pustule that ulcerates before scabbing and healing. Some patients may develop the rash first. In the current outbreak, infected patients are often presenting with lesions on their genitals. These lesions visually resemble other infections such as syphilis, herpes, or chickenpox that may also be located in genital areas, which can lead to misdiagnosis.

How is monkeypox spread?
According to Centers for Disease Control and Prevention (CDC), monkeypox transmission can occurs when an individual is in direct contact with an infected person’s body fluids, sores, or contaminated items (e.g., bedding, clothing, and towels). Spread can also occur through respiratory secretions, especially within close proximity or face-to-face contact.

Current status of monkeypox
While the world is still dealing with the COVID-19 pandemic, monkeypox has emerged in countries where the pathogen is not usually endemic. This unexpected outbreak is reason for high alert and public health concern. As of July 5, 2022, the CDC has reported 6,924 cases of monkeypox globally and 559 cases in the US. The three countries with the most human cases to date are Spain, the UK, and Germany.

Current testing methodologies and guidelines
Per CDC and WHO guidelines, suspected monkeypox cases should be tested for accurate treatment. Testing must be conducted in appropriately equipped laboratories by staff scientists and technicians that are fully aware of safety guidelines and handling procedures for virally infected specimens. Monkeypox virus infections are confirmed via nucleic acid amplification testing (NAAT), either by using real-time or conventional polymerase chain reaction (PCR) to detect unique sequences of monkeypox viral DNA. PCR can be employed alone or in conjunction with sequencing techniques.

Prevention and treatment
While there are currently no set guidelines for the treatment of monkeypox, because monkeypox and smallpox have genetic similarities, suggested that antivirals and vaccines developed and used for smallpox can be used to treat and prevent monkeypox disease.

When it comes to non-pharmaceutical preventive interventions, the best strategy by which a community can control and prevent any infectious disease spread is by reducing human contact with infected animals and people. Furthermore, continual surveillance and education of the general public is another effective measure for containing disease spread.

How to choose the right pH meter？ Gallery

How to choose the right pH meter？

How To Find The Best Cold Storage For Your Lab Gallery

How To Find The Best Cold Storage For Your Lab 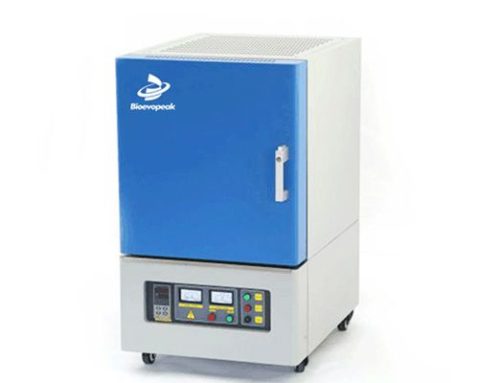 How does a muffle furnace work? Gallery

How does a muffle furnace work?