Chat with us, powered by LiveChat Skip to content
Home>Posts>Industry News>Can You Diagnose a Bloodstream Infection in 2.5 Hours?
Previous Next

Can You Diagnose a Bloodstream Infection in 2.5 Hours?

Rapid, sensitive sepsis diagnosis can now be performed with biphasic amplification in a dried blood matrix 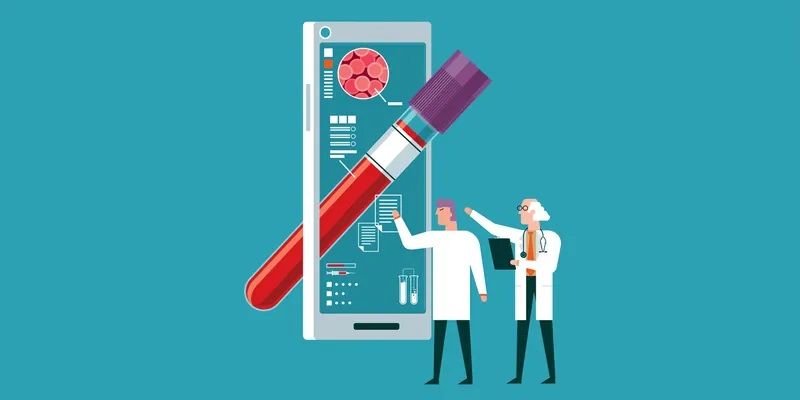 Bloodstream infections (BSIs) and sepsis result in high morbidity and mortality, particularly in critically ill patients and neonates. Patient outcomes can be significantly improved by administering antibiotics within three hours of initial symptoms, but current diagnostic methods take much longer to diagnose BSIs/sepsis.

The current gold standard for diagnosis is to perform blood culture—which takes up to five days for a negative result—followed by PCR. The lack of a specific, timely diagnosis also leads to the administration of broad-spectrum antibiotics, contributing to the emergence of drug-resistant pathogens.

To address the slow time-to-results and other challenges with current FDA-approved diagnostic tests, researchers from Illinois took a whole-blood processing approach. Early October, published in PNAS, describes a blood-processing module with a porous microfluidic and nanofluidic network within a dried blood matrix. Within this matrix, the polymerase can access the DNA and initiate “biphasic amplification,” where the heme background remains confined to the solid phase while the amplicons become enriched in the clear supernatant, allowing for fluorescent change detection with single-molecule sensitivity.

The researchers validated their assay on 63 clinical samples, correctly identifying all samples with no false positives or negatives, as compared to the gold standard, resulting in a sensitivity and specificity of 100 percent. Among the many pathogens they could detect using just 0.8 mL to 1.0 mL of starting blood volume include gram-positive methicillin-resistant and methicillin-susceptible Staphylococcus aureus bacteria (MRSA and MSSA), gram-negative E. coli bacteria, and Candida albicans (an opportunistic yeast fungus). Importantly, this culture-free biphasic approach reduced sample-to-result time of BSI/sepsis diagnosis from more than 20 hours to less than 2.5 hours, which can make a significant difference in resource-limited settings and for critical patients requiring urgent treatment decisions.

Quoted from the article of ZAHRAA CHORGHAY, PHD on clinicallab